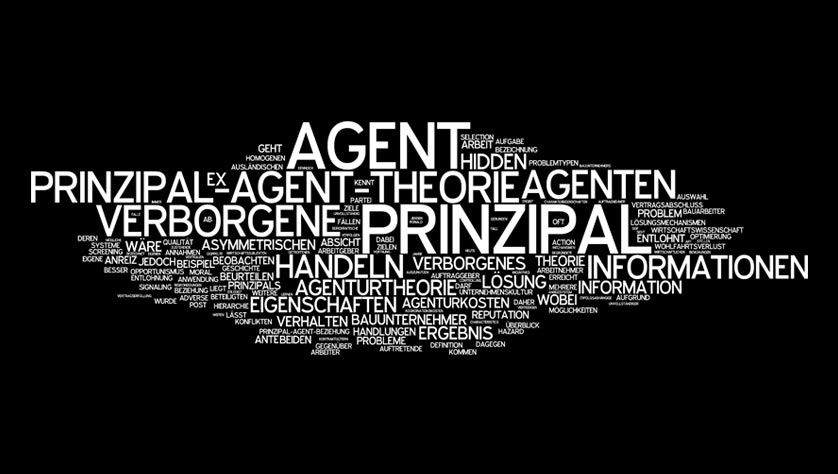 When ownership separates from operational control, agency problems arise. The core idea of franchising is mutually beneficial for the franchisor and the franchisee. The franchisor makes money from corporately owned locations as well as from royalties without all of the costs and hassles associated with the everyday business of the units. The franchisee, on the other hand, benefits from the trademarks and business operations of an established company.

The complications in such a relationship arise from issues arising from potential risks and costs. In such a case agency theory attempts to establish clear relationships between entities to ensure transparency.

Adverse selection refers to the condition where the principal can’t determine if the agent will be able to carry out the assigned work. Moral hazard addresses the doubt that the corporation incurs when considering if the agent has put forth a maximum effort to fulfill his duties.

The job of a contractual term between the two parties is that the franchisee owner upholds the standards of operations and quality of products or services delivered. This can also be done by routine examinations and impromptu visits. Ideally, franchisees are allowed to submit and implement a plan to uphold standards and bring the business up to the mark.

Last year and earlier this year, the most popular F&B franchisor brand in the world, McDonald’s faced a massive crisis that had been triggered in 2013. Former MD of CPRL alleged that some outlets were serving sub-standard quality food, and refused to sign papers for renewal of the contract. Some foreign directors expressed that they were not in charge of operations. When such responsibility and liability issues arise, the financial implications are high and the brand stands to lose the most.

This resulted in an international arbitration in London, draining resources of involved parties. McDonald's opened just 1 outlet in the affected regions in 2017, as opposed to 27 in 2012. The legal battle lasted over four years.

This was a direct result of the agency problems. Agency theory establishes regulations to avoid such situations.

Over years, several brands have approached Franchise India with intentions of scaling up. We have often found that a structural fluidity and contractual rigidity are what prove to be most effective in avoiding or resolving such conflicts.